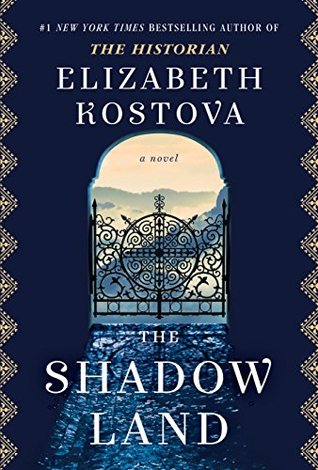 *I received this ARC through the publisher Ballantine Books  and NetGalley in exchange for an honest review. All thoughts are my own.*

Synopsis: Alexandra Boyd goes to Bulgaria to teach English. It was a place that her brother was always fascinated by. But when she gets there, she runs into a family in Sophia trying to get a taxi. She ends up with an urn of human remains afterwards and travels with a taxi driver to figure out where the family is. Along the way, we learn of whose remains she carries and what happened to him during the 1940’s.

Writing Style: There’s two different type of writing styles in this book. The present with Alexandra is the normal third person style. But when you go back to her past with her family, it’s in first person. This jarred me immediately and raised a red flag. I’m not sure why this is becoming a trend in some books now, but I really didn’t like it. The first person style made Alexandra sound like a character from a book in the YA category: whiny, extremely naive and overly dramatic. The third person makes her a bit more bearable at least. But this was the beginning of my disappointment with this book.

If it was only in the normal third person, I would’ve been able to stand Alexandra more. Her past felt like a soap opera episode on TV. I actually went back to her debut novel The Historian and I read the first 5 pages. I felt atmosphere, mystery and strength in the writing. I thought that by doing that it would help. But sadly, it didn’t. Both style choices didn’t make me want to  read the book at all. I had to force myself to read up until the 18% mark, then skim a couple sections towards the end to find out what happened.

Plot: The plot seemed overly long to me. Some reviewers have noted that it takes the two characters an abnormally long time driving around the countryside and not dealing with the urn of human remains in a quick manner. I agree with them also. I skimmed small sections of the book and it just seemed like Alexandra was on a historical tour of the country in the present rather than tracking down a family.

The other problem that I had was that you didn’t get to start reading about Stoyan’s (the man whose ashes are in the urn) story until 29% into the book. That’s at least 100 pages, if not a bit more, in the physical copy. That seemed to me that the major key to the story was delayed quite a bit. If his story had been told much earlier, it would’ve helped draw the reader in. From what details I did get from the story, I would have preferred the story to be more about him than Alexandra herself. I feel like he was put by the wayside so that Alexandra could have more “screen time” with the taxi driver that she immediately liked and had a crush on.

Final Thoughts: This book has a certain market of readers. Some people won’t be bothered by the same things as myself. I wanted to love this book as much has her first one. There’s elements of Stoyan’s story, the historical facts about the country and the actual language being used that I did enjoy. I liked the things that I did learn when I was reading chunks of the story. But those elements weren’t strong enough to keep me reading. I could potentially see myself reading this again one day, perhaps when I’m older.

But for now, that first 8% put me in a bad reading slump that made put down several and only finished a few other books by the end of the month. If you enjoy literary fiction, check this one out. I was disappointed with what I did end up fully reading.

One thought on “The Shadow Land: NetGalley ARC Review”