So if you remember that I was going to be good and not buy books for the rest of the year? Well…that fell out of the window when you see a library book sale where if you fill a bag up, it’s five dollars for all the books. I simply couldn’t turn that down. My husband and I, along with a friend, went to a library near us for the book sale and I found more books than I thought. So here’s everything I got from the book sale and a bonus book that finally came 🙂 *P.S. Sorry if the picture is kinda blurry. I don’t have a camera so I used my phone to take the pictures. There will also be vague if no description about the book. If you’re interested, there’s much better info for the book on Goodreads* 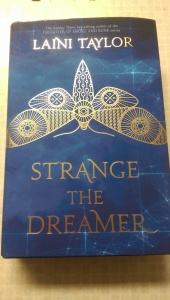 That’s all the book I got! It was crazy finding 13 books at that book sale; now I seriously need to not buy anymore books. (Hopefully I can hold myself to that) I hope I do enjoy the books I did get, but you never know. Which of these have you read? What did you think of them? Which ones should be higher on my TBR list? What books did you get recently? 🙂