Thanks so much the always awesome Mandy at Book Princess Reviews for tagging me! I have seen clips of the iconic show and the first film but never actually watched it. The images I did see as a kid definitely scared me. I’m sure I’ll try it some day but I love these questions so let’s dive in!

1. Fox Mulder: A book you believe in despite the negative ratings/reviews that tell you it isn’t good

I read this book when it came out last year and I still enjoy it despite the horde of negative reviews that have come out. I’ve been a fan of Phantom of the Opera since I was 14 and saw the movie for the first time. I respect that she made it her own modern story with fun references to the original work. While the romance doesn’t work for people, the romance in the story is pretty dramatic (it’s a Gothic romance) and I’m ok with that. The musical is like that too and people still flock to see it. Plus I like a supernatural aspect in this book that isn’t done often 🙂

2. Dana Scully: Just like the resident FBI skeptic, name a book that you’re skeptical of (because of hype, cover,etc.)

3. I Want to Believe: A book you’re predicting will be 5 stars for you

4. Aliens: Name a book on your TBR from a genre that’s different but sounds super good

I picked this one because it’s an upcoming YA book set in the 1200’s in the Mongol empire and it’s also based off an opera called Turnadot. I love that recently there’s been upcoming books that are set in more ancient times; seeing more ancient history books always seems more fascinating to me because you can learn about that time period while also enjoying that’s not longer 1800’s England story or something. It sounds kinda out there for YA, especially since I don’t know what the fantasy aspect could be but I can’t wait to read it!

5. The Lone Gunmen: Name a book with an epic team

DUH! This book has my favorite group in fantasy right now! Kelsier gathers a group of allomancers for his plan to take down the Final Empire. You have a thug, a soother, two Mistborn and a few others with allomantic abilities. Even the  more minor crew members all have a purpose so you see how everyone is included. This group gets even more awesome with the other allies and plot development in this trilogy 🙂

6. Walter Skinner: This guy always falters between good and evil. Name a character you’re conflicted about (could be if they are actually on the fence or your conflicted feelings about them) 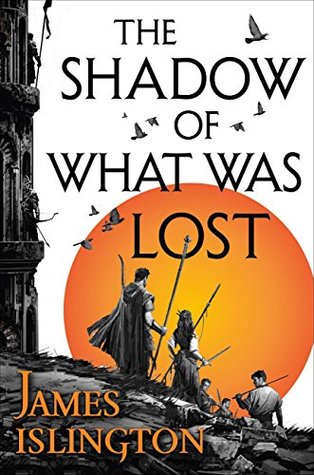 Caeden comes to mind with this question. I have only read the first book but I see that Caeden’s path could go either way, knowing what I know about him by the end of book one. I really enjoy his character but I see the potential for a possible villain. We shall see…

The freaking Commandant! I hate this woman so much. She’s one of the most ruthless villains I’ve ever encountered and I commend Sabaa Tahir for giving me a villain that I hope dies by the end lol. While you see a sliver of humanity left in her, I still hate everything she does and I’m dying to see what happens with book three in June!

I don’t know who to tag since I haven’t watched this show but since I like the questions, I’m going to tag:

Are you an X-Files fan? Have you read these books? How would you answer these questions?

6 thoughts on “The X-Files Book Tag”