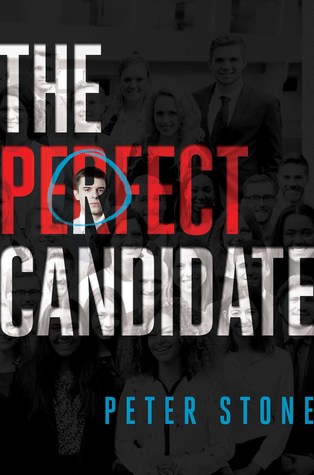 *I was invited to read this ARC from the publisher through NetGalley in exchange for a free and honest review. All thoughts are my own and no quotations will be used.*

Goodreads Synopsis: When recent high school graduate Cameron Carter lands an internship with Congressman Billy Beck in Washington, DC, he thinks it is his ticket out of small town captivity. When he lacks connections and Beltway polish he makes up in smarts, and he soon finds a friend and mentor in fellow staffer Ariel Lancaster.

That is, until she winds up dead.

As rumors and accusations about her death fly around Capitol Hill, Cameron’s low profile makes him the perfect candidate for an FBI investigation that he wants no part of. Before he knows it—and with his family’s future at stake—he discovers DC’s darkest secrets as he races to expose a deadly conspiracy. If it doesn’t get him killed first.

DNF after 55 pages, including the end

I got an email from the publicists Megan and Jennifer to read this ARC and review. I hadn’t heard of this debut novel but I wanted to give it a chance. This was my first political thriller type book to attempt, since I’m not a person whose interested in politics and all that. But this was boring from the first chapter and I ended up DNF’ing it for a few reasons that’ll go into here.

The first reason I DNF’d this book is that politics in novels aren’t for me. I like being informed of major events going on and law changes, but I don’t like following people around who are in politics. I don’t like the stereotypical attitudes of power hungry people, deceit, being fake to your face, all the gossip and everything else that comes with it. The only story I liked that has politics is the show 24 but that wasn’t heavy on politics. But yeah all the cliches of politics annoy me and that’s a major reason why this book isn’t what I’m looking for.

The second reason I DNF’d this book is that the main character Cameron was extremely boring. While this book is in first person, he barely has inner monologues and we don’t get to know him as a person with this POV. When you read first person, you hear all their quirks, thoughts/desires/frustrations/etc. but it seemed like Cameron’s mind was blank. Any explanation of his background or any interests at all were through dialogue and not the first person prose. The POV feels very underused and it could have benefited from being written in third person to make it flow and sound much better. With this aspect, the writing wasn’t good either. Things were very repetitive, lacked any emotion or inner thoughts (again, his brain was kinda empty) or any intrigue of the mystery. I never felt motivated to keep going.

The final reason is two things: the murder mystery and the lack of chemistry/personalities of the characters. But I think they can fit together because you’re never given either information nor time to care about the characters. Cameron is dry and doesn’t feel human to me enough that I don’t root for him (I don’t have a reason to for lack of background info/inner thoughts). One of the female side characters Hillary was insufferable towards everyone and someone I wanted to smack. Then the girl who died was one I just didn’t care about. Her appearances in the book were so limited that it was too sudden to care about her death. It never felt like there was a sense of urgency to find out what happened to her; too much of observing people using the death as a PR movement to talk about the issues of the nation instead. If there was more sense of urgency and mystery, it would’ve been more engaging.

Overall: I think that if politics doesn’t interest you at all, you won’t enjoy this book. If you want more engaging characters with a murder mystery, there’s a lot of other YA books that actually engage you by the time you read 50 pages. I wasn’t the audience for this at all, so it was nearly DOA. Another new release that never fulfilled any sense of fun or interest while reading

Rating: NONE due to not completely finishing

Have you heard of this book? Does it sound interesting to you? Do you know of any YA books with politics that you would recommend?

One thought on “ARC Review: The Perfect Candidate”