Happy Wednesday everyone! I hope your week has been good and that you’re all doing well 🙂 I’m breaking things up today by getting on the “bookish pet peeves” train. I’ve been seeing a few things that have been driving me crazy so I made a list of bookish things that drive me nuts. Disclaimer: If you like some of these things, it’s totally cool. No offense to anyone and I hope that I word things in a somewhat eloquent way. These aren’t in any order so let’s jump on the pet peeves train lol!

1. Where are the male protagonists?!

I’m gonna ask this until the cows come home! For the last several years, it’s effortless to see that all the popular YA series right now (except for a few) have female protagonists. It’s all we see in the synopsis of a book anymore and I’m starting to question why this is happening. There are guys/teen boys that read YA books too and I feel like that the only authors with male protagonists are just a few authors like Rick Riordan, Adam Silvera, Christopher Paolini and Patrick Ness. But that’s not much to be honest. I wish that guys got more in YA other than just being the best friend or the love interest. They have stories to tell and they should have them. The wonderful lades at Pages Unbound did a discussion on this in this great discussion post.

I work for my public library and this is a common complaint that we get when people are looking for a series. Often now, the number of the series isn’t on the book! The older series did it on the spine or on the front cover and while this still happens occasionally, it needs to happen more. Many people don’t know what order the series goes in, some don’t use stuff like Goodreads and even the synopsis doesn’t always give you details on where it is in the series other than “the thrilling sequel to [insert book name here].” Whether it’s on the top or bottom of the front cover or the spine, it would help a lot of people that aren’t in the book community.

While I know that some authors are doing this now, I do think that a lot of publishers need to allow library requests as pre-order incentives. Some people don’t have the money to spend full price on a pre-order, some don’t want to for fear of not having read it or what have you. There’s also many people that love their libraries and want to support their libraries with this as well. I know that authors like Alyssa Wees, Jodie Lynn Zdrok and maybe others (I’m not sure who else) allow library requests to count. I think this is fantastic, especially for teens that don’t have the money to spend on pre-orders that are normal. Vicky mentioned this in her discussion post: How YA Isolates Teens. It was this post that made me realize that I want this as well. I don’t want to spend full price on a book sometimes for a pre-order for many reasons and I think that allowing library ones can be really helpful for many.

Yep we all talk about it all the time and I’m getting tired that we keep mentioning it lol. The cover changes that happen when the series isn’t finished needs to stop! Unless there is a really good and major reason for the cover changes, then they shouldn’t happen. This throws off readers because there are many who like matching covers (I agree) but also changing the covers can sometimes not properly show the story within as effectively. Also, like with many things, if it’s not broken (or in this case, if the covers are already awesome), WHY CHANGE IT?!

Nice font, but not great 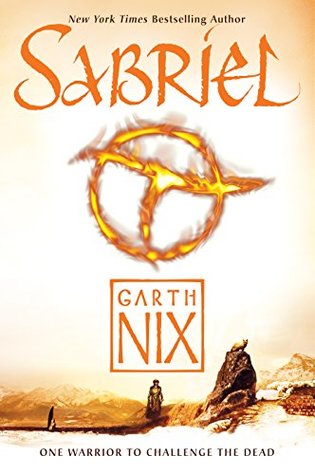 Not the best, original is better

I’ve been seeing this a lot recently and I’m getting annoyed. I might jump on the salt train for this one. But so much of what we read to day is FICTION. Whether it’s a contemporary, thriller, historical, chick lit, etc. there is always some elements that will be true to life. I see this a lot with older readers (I’m included here) that are talking about books written for teens that aren’t realistic enough according to some reviewers. This can happen with: character decisions, plot devices or just how the story is written. I see this especially in contemporary books but we have to remember: if a book is going to be realistic and truly authentic, that’s where non-fiction gets involved. If we don’t connect with the book for whatever reason, that’s an opinion of our own, not the book being “not realistic enough.”

6. The topic of girl hate in YA

This is another thing I’ve been seeing in book reviews, where a YA novel is being called “not feminist” because it shows girls not being nice to each other. Reviews are coming out for YA books that as “why authors hate girls and their femininity” or the fact that “they were being dramatic and being catty behind their backs so I didn’t like the book.”  Also, I’ve seen tweets that don’t want girl hate in YA. Now, the reason why I’m talking about this is because we need adversity in books and life in general. Girls can be very mean and not be nice to other girls, especially during the teen  years. I was bullied relentlessly by another girl for a long time in junior high, to the point where I got major harassment and rumors spread about me.  This happened simply because the other girl didn’t like me and wanted to. That happens and we can’t erase that. Other girls humiliate other girls in front of people, twist their words, spread rumors or just the wrong impression and they can be mean to each other for understandable or silly reasons. But this topic is necessary because girls need to know how to not only defend themselves but also be good to others. Girls can read situations like this in books so they feel understood/not feel alone and maybe they can get strength from a book that talks about stuff like this. I know I would’ve liked a book like that when I was being bullied. Girls even are mean to each other when we’re older. I don’t think it will go away anytime soon. But I doubt that authors hate girls because they include behavior like this. We can’t have everything through rose colored glasses. If books can exist that help girls understand the behavior of others, what to do in certain situations and that people are human, those are books we need the most. We need to have a balance of the problems and solutions of life in novels so that we don’t create unrealistic expectations.

This is just a personal preference but I hate deckle edges that are becoming more common. I don’t like them because it’s hard to turn the pages when you’re reading it. It’s as simple as that. I know that it was more common long ago, but I just prefer smooth edges to a book for ease of reading and looks in general.

8. Not always a love story

This is another thing that is very common in YA and some of us are getting a bit tired of nearly every YA novel having a romance in it. This can be whether you just don’t like reading romance in books, it distracts from the main plot (mostly the reason) or also because romance isn’t everything in a young person’s life. Now, I’m older and married and I’m not a teen anymore. But I do remember being younger and being subjected to all kinds of movies and TV shows how we’re supposed to think that romance solves everything. Well….that’s a big no. While it is fun to date when you’re younger and figuring out what you want, I wish more YA novels had either platonic relationships, just a hint of a future romance (can be implied at the end but not actually shown), showing how younger romances don’t always work out (major thing for me) and other reasons to not have a romance. I’ve seen many complaints, and I have done this myself, where I do complain about the romance taking over the major plot of a story. Now, romance is popular and it does get a book to sell in YA (could be a factor for sure). I do feel like that sometimes that show that a perfect romance can create unrealistic expectations if you take the book too personally and that’s not good as you get older. That’s the case every time, but I think some of us can agree that a romance isn’t needed for a book to be both great and a best seller.

Many of us love our e-readers for the reasons of: having it on the go, a way to have more books without clogging your bookshelves or it’s an easier way of reading. But whatever the reason may be, sometimes the price of an E-book can be a bit ridiculous. Depending on the age range, you can look at up to $25 for a new release! Prices like $19 or higher, or even $10 or higher can make our wallets scream for help. But even the e-book prices of $11.99 or more is crazy. I personally think that e-books should be cheaper than a physical book because you’re not paying to print those pages or making the binding for it. Some do on a good sale and some are even $1.99 or free (depending on the genre). I know there is also digital rights with an e-book and that’s not cheap. But I do wish that e-books would be at least $9.99 or lower (depending on if its a new release or not). Sometimes those higher prices don’t motivate people to buy it; it’s just not worth it sometimes. This might be whiny to some, but I do think that the electronic version shouldn’t be as close to a full price hardcover.

10. Does the synopsis give too much away?

This is becoming an increasing problem for me with the book jacket or the Goodreads synopsis. My general rule of thumb is if the book synopsis is longer than two short paragraphs, you’re giving too much away of the story, whether it could be a spoiler or not. Sometimes, some YA books are lucky to have a short synopsis like The Raven’s Tale by Cat Winters, What I Saw and How I Lied by Judy Blundell, Skyward by Brandon Sanderson and others that are out there. But sometimes, small plot details are given in the dust jacket that, after you read the book, are a tiny spoilery to you because those details would be more fun for the reader to discover. I think too many plot details, no matter how small or significant they are, take bits of your fun away from discovering them in books. I think that book jackets and synopsis on retail websites on Goodreads need to be short so that the real juicy bits, Easter eggs and other things can be diamonds in the rough for the reader. Two long paragraphs, unless you need to explain a magic system or a complex plot point (books like The Glass Sentence by S.E. Grove do need a slightly longer paragraph to convey an idea enough that the person understands it). I will do a future post about book plots that give too much away in the future, so stay tuned!

What are your bookish pet peeves? Do you agree or disagree with mine? Tell me in the comments?

22 thoughts on “Top 10 Bookish Things That Drive Me Nuts”