Happy December everyone! We are nearly done with this year. We’re also going into the next decade next month! Where did the time go?

For November, I had an okay reading month. As I mentioned in Reading Update & Blogging Struggles I have been having a hard time reading some days, let alone having fun with reading. I have learned quite a bit from the Death by ARCs situation I got myself into. While I’m nearly there with this years releases, it still feels overwhelming. But I pushed through anyway this past month with reading. I can definitely say that audio books helped my reading the most 🙂 I’m also glad that I finished a series this past month.

I was so excited for this book, since it’s another book with dragons, it’s the start of a new series and I was already familiar with 2 of the 3 narrators. This follows Lee, the last son of the Dragon Lord nobles and survived the bloody revolution that happened ten years before this book starts. We also follow Annie, a girl from a small village whose family was killed by dragon fire. They both meet in the orphanage when their young and develop a close bond since childhood. Now as they’re older, they’re training to become dragon riders. And an old threat emerges and tests Lee’s allegiance. This book was just okay for me, lacking a lot of emotional depth and the serious lack of dragons much in this book. This book is way more focused on the human politics and social norms of the past and present. I also think that while I did understand Lee’s tough situation, I thought that him and Annie communicated SO poorly. If you really care for someone, trust them that they trust you and don’t let the peanut gallery persuade you otherwise. Their “romance” was so frustrating. There was too much going against this book to love it. I think that the author has a good world and some great world building and the descriptions of dragons, as well as great narrators. But that’s about it. I’ll need to see the reviews for the next book to see if I’m going to give this series another try. 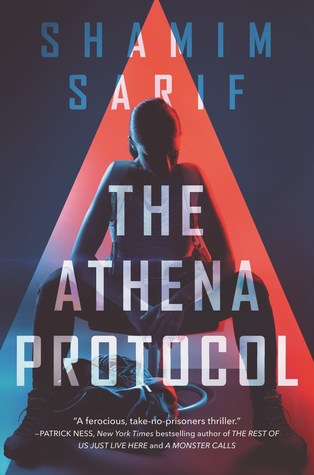 I feel really silly for kinda sleeping on this book. I got the library audio book right around the time this book came out to try and help me get through it faster. But with work, family and traveling, I forgot about this book for a bit. So once the library audio book expired, I picked up the finished hardcover that I was given by a publicist. Once I started reading the finished copy, I really didn’t want to put it down! This is such a streamlined, action packed and intense story that’s basically a female Jason Bourne/James Bond character! Jessie is apart of the Athena team, a secret team of women who take down traffickers and other awful men. When she murders a human trafficker, she’s off the team right before a huge mission in Belgrade. But Jessie uses her skills to sneak into Belgrade and help accomplish the mission. This book was great! This felt like it was written for teens in mind, since Jessie’s voice is so authentic for her teenage years. There is a subtle f/f romance in here as well, since Jessie identifies as gay. I think this may be the first in a series so I’m excited to see what happens from here. Don’t forget this book! Don’t sleep on it 🙂 I also just realized that I never did an official review for this, but here it is. 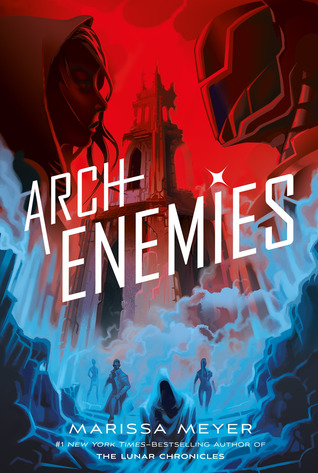 This was immediately my next audio book after being bummed over Fireborne. I also wanted to pick this series back up with the finale coming out. Realistically, as I said in my recent review of this book and the last one, this was a major second book syndrome book. I didn’t feel like the title of Archenemies didn’t fit at all, since the Sentinel and Nightmare don’t really face off against each other. This is more a book to try and develop Nova and Adrian’s romance, as well as another big plot line that lasts into the last book. As always, these two narrators are just perfect and their narration gives this book an extra half a star, where the story itself is a 3.5 or slightly lower. Not a ton happens for much of this book, but I still like this series and the questions it raises. Then, the ending of course really picked up and made me nearly scream while I listened to it. 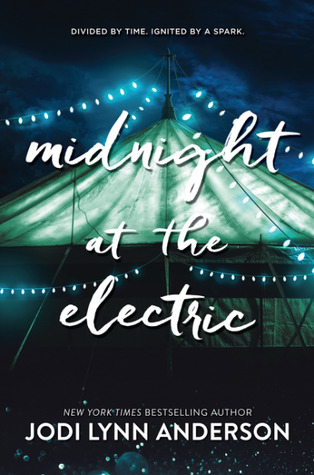 HOLY CRAP! I can’t believe I slept on this amazing book. I decided to pick this back up, since a couple booktubers read this book somewhat read it recently and that my library had the e-book available. This follows Adri in 2065 who is about to leave to colonize Mars, Catherine in Dust Bowl 1934 Oklahoma who wants to save her sick sister and leave home and Lenore in 1919 England who is trying to grieve for her brother who died in World War 1. These three girls are all connected and you see some tough times in their lives and what they do about their tough choices. Adri in 2065 lost her parents really young and has never known any family, except when a distant cousin named Lily (age 107) is found and Adri stays with her before going to Mars. This book was just beautiful, quiet, sad but also beautiful and hopeful. Jodi Lynn Anderson is a serious powerhouse writer. Some lines in this book nearly made me start sobbing both of joy, hope and also sadness. These three girls have to face a lot but they have love and hope in their own way. I had to keep picking this book up whenever I could to find out what happened to them and that’s the power of books. I can’t wait to read other stuff by her and this is a favorite of the year 🙂 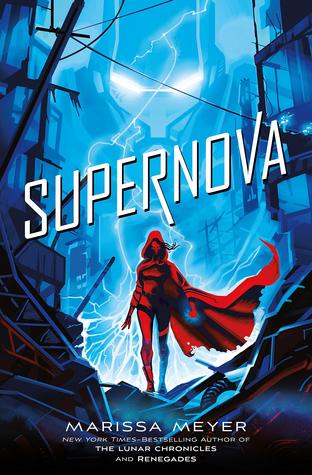 Oh man, I can’t believe this series is over! I was so excited to use my recent credit to get this book and start it. This book SO delivers from where Archenemies left a bit to be desired. Everything comes together so much and I was very happy with how a lot of it wrapped up. I loved how Nova finally made a choice, some major revelations and that freaking epilogue! I do wish that a couple characters got a little bit more “screen time” to understand their choices and it was a tiny bit slow in a few parts. But other than those small nitpicks, this was great finale and I need more from this world ASAP.

(Review for this book linked above with Archenemies) 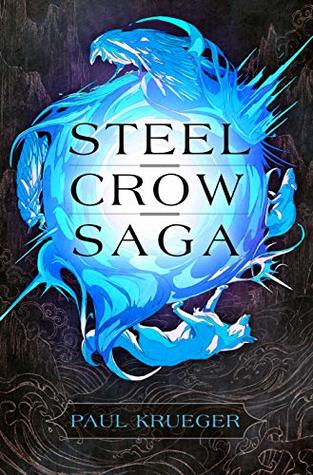 I have had this e-ARC forever, but it never called to me until I finally picked it up in November to attempt it. It sounded really cool: an Asian fantasy with Avatar and Pokemon elements. Sadly, the writing really didn’t work for me. Personally, I felt like the author was trying too hard with the writing style and none of the characters interested me. The character POVs I did read from felt similar to many other characters I’ve read from before. So I gave up pretty early, but if you’re not enjoying a book, why keep reading? 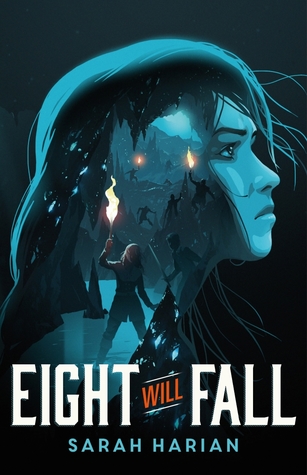 I tried hard to finish this book, but ultimately, I got bored enough to put it down. This is dark fantasy horror about eight people, most of them having Empath powers, who are sent down underground to go kill a supposed god that is rising and will destroy their kingdom. We get the story from Larkin’s point of view as they venture into the darkness and the horror that awaits them. I was excited for this book based on the suicide squad sent to kill a god premise, but this was mostly boring. Larkin’s POV is pretty dry and one note, while the other seven characters sound too similar to remember who is who and the pacing was actually pretty slow. While the horror elements were good, it felt very convenient to have the characters rest and talk before their attacked again which was annoying. The writing felt like it needed some more work, better character personalities, actually develop the magic system and tighter pacing. This had so much potential but ultimately, after trying for just over a month, it was time to let it go.

Double ARC Reviews: The Starless Sea and Eight Will Fall

So…this is a book I’m very salty about. I gave this 1 star on Goodreads even though I did DNF it. But I gave this a single star for a few reasons: awful main character, too ambitious magic system for a debut, bad pacing and a writing style that really tries to be purple prose. I’m echoing my Goodreads review I wrote here because it really shows my feelings: But this book was not what I thought it was going to be. This was a mess for me personally and it was hard to get into. Not only is the “reverie” magic system completely underdeveloped and flat but Kane is not a good protagonist. His attitude was very entitled and very “I’m not going to listen to you if you don’t give me the answers I want” and flat out refuses to trust the friends he has but will listen to Dr. Posey who he doesn’t know? There weren’t any qualities about him that made him relatable or even likable enough to care about his amnesia. Plus I agree with some people that the reveries weren’t explored enough. While the simple rules of what a reverie is and what to follow is there, but the way the reverie is dealt with is way too easy. Kane just does a couple simple things and the reverie is over? It shouldn’t be that easy; the solution didn’t feel very well thought out. Plus at the 40% mark, the main plot has barely progressed and the same kinds were repeated. Kane was upset about his memory loss and we’d be told over and over again that he was bullied for being different. But he gave those bullies the power they wanted with him not trusting people and even being a little bit of a bully himself to people like his sister. We really don’t learn anything or get very far by the 40% mark and being almost halfway, not a lot happens. I loved the idea o the “inception” type magic system, but this needs a lot of concrete work to make the magic system easier to understand and visualize. Sadly, another book that didn’t live up to the promises the synopsis gives.

I started this book last month because I was hoping that a funny series like this would help with my reading slump. But I only got  31% through this book before car repairs, holidays and other things took my attention. But I have really liked what I’ve read so far 🙂

I started this book on November 30th and only read a small amount. This another January title that I’m pumped for! I’m much further into the story as of this post and I’m really enjoying it. I’m making good progress on this one! 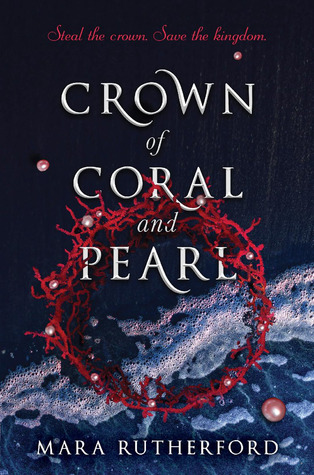 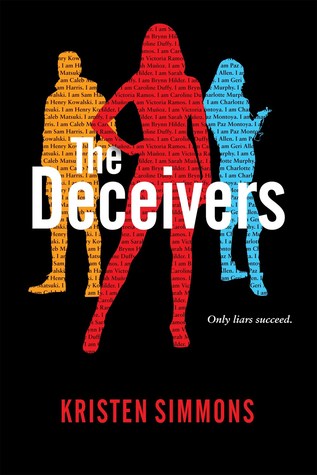 There we have it! Wish me luck everyone for this month’s reading! I need to finish those last 3 2019’s to have some light at the end of the tunnel lol. What are your December plans? If you’ve read any of these, let me know in the comments!

I also finally the new Dragon Quest on Nintendo Switch! I was sad to finally wrap up the game, but I’m going to talk about this game and others in a future “Favorite RPG Games” post very soon. So now, I’m back on Xenoblade Chronicles 1 on my 3DS to get another game finished.