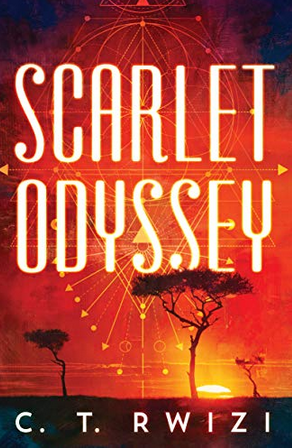 Goodreads Synopsis: Magic is women’s work; war is men’s. But in the coming battle, none of that will matter.

Men do not become mystics. They become warriors. But eighteen-year-old Salo has never been good at conforming to his tribe’s expectations. For as long as he can remember, he has loved books and magic in a culture where such things are considered unmanly. Despite it being sacrilege, Salo has worked on a magical device in secret that will awaken his latent magical powers. And when his village is attacked by a cruel enchantress, Salo knows that it is time to take action.

Salo’s queen is surprisingly accepting of his desire to be a mystic, but she will not allow him to stay in the tribe. Instead, she sends Salo on a quest. The quest will take him thousands of miles north to the Jungle City, the political heart of the continent. There he must gather information on a growing threat to his tribe.

On the way to the city, he is joined by three fellow outcasts: a shunned female warrior, a mysterious nomad, and a deadly assassin. But they’re being hunted by the same enchantress who attacked Salo’s village. She may hold the key to Salo’s awakening—and his redemption.

With all that’s going on right now, I want to join the large group people boosting, sharing and spotlighting books by Black authors. I got a physical review copy of this book from a publicist I work with earlier this year. With reading some of this, the world is really cool! It’s an African type setting and there’s futuristic weapons and machinery and also hybrid animals that are both organic and mechanical. Some of this reminded me of the PS4 game Horizon Zero Dawn. This book is also has a massive list of characters and figures a group of people who will come together and go on a big quest for saving not only Salo’s people but also for his redemption. I also found it interesting that only women are mystics and that “it’s not for men.” But it’s interesting that Salo sees the impact of mystic power and wants to follow his goals of becoming a mystic like his mother was, regardless of what other tribe members think.

If you’re looking for another fantasy book by a Black author, this comes out very soon! It has cool elements that offer an intriguing synopsis! Happy reading everyone!