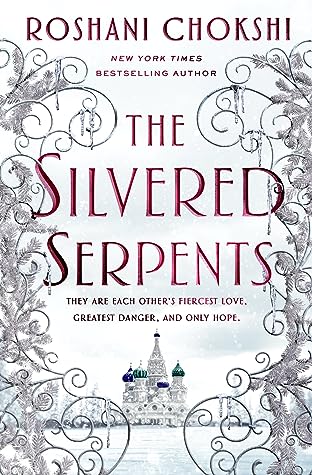 Goodreads Synopsis: They are each other’s fiercest love, greatest danger, and only hope.

Séverin and his team members might have successfully thwarted the Fallen House, but victory came at a terrible cost ― one that still haunts all of them. Desperate to make amends, Séverin pursues a dangerous lead to find a long lost artifact rumored to grant its possessor the power of God.

Their hunt lures them far from Paris, and into icy heart of Russia where crystalline ice animals stalk forgotten mansions, broken goddesses carry deadly secrets, and a string of unsolved murders makes the crew question whether an ancient myth is a myth after all.

As hidden secrets come to the light and the ghosts of the past catch up to them, the crew will discover new dimensions of themselves. But what they find out may lead them down paths they never imagined.

A tale of love and betrayal as the crew risks their lives for one last job.

**I had my wish granted of this book from Netgalley but I treat wishes like I did request them. So all thoughts and opinions are my own. Plus there will be some spoilers for the end of the first book The Gilded Wolves so read at your own risk if you’re not caught up**

I FINALLY read this guys! When I found out that this book was postponed to September instead of its intended February 2020 release, I was bummed but I decided to wait a while before reading this. My wish had been granted a long time ago, late last year I believe, but now I’ve read it! I do have to say that this sequel does satisfy as far as some character development and MAJOR plot development that leaves you begging for book three. While I do love the first book more, here’s my breakdown of my thoughts:

Overall: This was a really good sequel, with fantastic plot development and rich emotions from the characters. Enrique and Zofia are still my favorite and my children, while Hypnos is growing on me more. We get more epic Zofia which this book needed. Plus the new developments of the mythology, the Fallen House and the Divine Lyrics were fantastic. While Séverin pissed me off to no end and some of the pacing and confusing prose made me scratch my head, you’ll like this sequel if you loved the first one. I will say though to not read many in depth reviews on this sequel; go into this book knowing only the synopsis that the book gives. I think having little knowledge of the book makes it more surprising and gripping. But while I think the first book is better as far as having more action in the plot, more humor and better pace, I still think this series is brilliant and original and I need book 3 now!

Have you read this sequel yet and if so, what did you think? Do you agree or disagree with my thoughts?