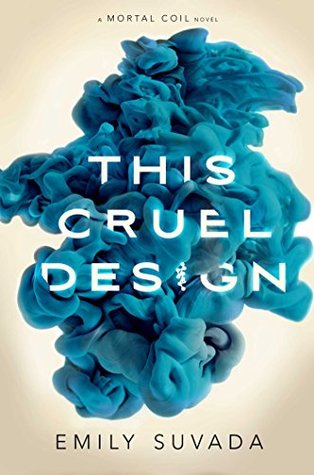 Goodreads Synopsis: Cat thought the Hydra epidemic was over, but when new cases pop up, Cat must team up with an enemy to fix the vaccine before the virus spirals out of control in this thrilling sequel to This Mortal Coil, which New York Times bestselling author Amie Kaufman says “redefine’s ‘unputdownable.’”

The nightmare of the outbreak is finally over, but Cat’s fight has only just begun.

Exhausted, wounded, and reeling from revelations that have shaken her to her core, Cat is at a breaking point. Camped in the woods with Cole and Leoben, she’s working day and night, desperate to find a way to stop Lachlan’s plan to reprogram humanity. But she’s failing—Cat can’t even control her newly regrown panel, and try as she might to ignore them, she keeps seeing glitching visions from her past everywhere she turns.

When news arrives that the Hydra virus might not be as dead as they’d thought, the group is pushed into an uneasy alliance with Cartaxus to hunt down Lachlan and fix the vaccine. Their search takes them to Entropia, a city of genehackers hidden deep in the desert that could also hold the answers about Cat’s past that she’s been searching for.

But when confronted with lies and betrayals, Cat is forced to question everything she knows and everyone she trusts. And while Lachlan is always two steps ahead, the biggest threat to Cat may be the secrets buried in her own mind.

Please definitely go check out the creative posts, spotlights, author Q&A’s and other reviews for this amazing tour. The full schedule, as well as where you can buy the book are here:

Emily Suvada was born and raised in Australia, where she went on to study mathematics and astrophysics. She previously worked as a data scientist, and still spends hours writing alogrithms to perform tasks which would only take minutes to complete on her own. When not writing, she can be found hiking, cycling and conducting chemistry experiments in her kitchen. She currently lives in Portland, OR with her husband.

Since this is the second book in a series, I don’t recommend reading some of this post/review due to spoilers if you haven’t read the first book. But I was so happy when the FFBC was doing this tour for this sequel, since I was apart of the tour for the first book last year and loved it. This sequel was crazy fast paced and nuts! Here’s the break down:

Overall: This was a great sequel that surprised and shocked me! I NEED book three now because that ending was one of the most shocking endings I’ve read in quite a while. While it did take me some time to get back into it and I was lost on some characters, it was still good. NOTE: If you’re bad with sequels like me, read these books close together to keep that full grasp on the overall story 🙂

What did you think of this sequel? Are you a fan of this series? Are you excited for this book?